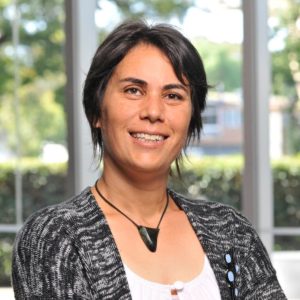 Celeste Liddle is an Arrernte woman, an opinion writer, a trade unionist and public speaker. Celeste started her blog Rantings of an Aboriginal Feminist in June 2012. A mere six weeks after she started it, Celeste had a piece picked up for publication by Daily Life and since then has written for a number of publications. Along with Daily Life (Fairfax), Celeste’s work has been seen in The Guardian, New Matilda, Tracker Magazine, Eureka Street and others, and she has contributed chapters to anthologies such as Pan Macmillan’s Mothers and Others. Celeste has a Bachelor of Arts with Honours in theatre and drama from La Trobe University, as well as a Graduate Diploma in Arts (political sciences mainly) from the University of Melbourne. In her time both writing and speaking, Celeste has gained a certain notoriety and a fair bit of praise for delivering tough topics in concise and accessible ways. Mixing a bit of anecdote and humour as she goes along, Celeste takes her lead from many amazing Indigenous thinkers who have inspired her along the way.