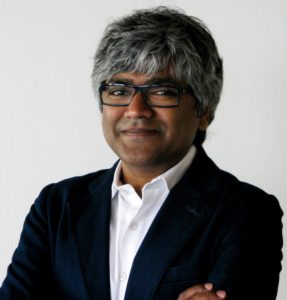 Dr Unni Karunakara was International President of Médecins Sans Frontières / Doctors Without Borders (MSF) from 2010-2013. He has been a humanitarian worker and a public health professional for more than two decades, with extensive experience in the delivery of health care to populations affected by conflict, disasters, epidemics, and neglect in Africa, Asia, and the Americas. He was Medical Director of the MSF’s Campaign for Access to Essential Medicines (2005-2007). Karunakara serves on the Board of Directors of Drugs for Neglected Diseases Initiative (DNDi) India and MSF Holland. He has held various academic and research fellowships focusing on the demography of forced migration and the delivery of health care to neglected populations affected by conflict, disasters and epidemics. Karunakara served as the Deputy Director of Health of the Earth Institute, Millennium Villages Project (2008-2010), and was Assistant Clinical Professor at the Mailman School of Public Health (2008-2017), both at Columbia University. Karunakara is currently an Assistant Clinical Professor of Public Health at Yale University and a Shinhan Distinguished Visiting Professor at Yonsei University in Korea.