A senate inquiry involving over 500 women, a class action lawsuit against Johnson & Johnson and a national apology from health minister Greg Hunt. Transvaginal mesh implants have been described as the “biggest medical scandal” to have ever affected Australian women. This session will explore how transvaginal mesh implants came into medical practice, the devastating impact they have had on the lives of patients and how we as a profession must take responsibility for the suffering they have caused our patients. This panel discussion will be moderated by RANZCOG president Dr Vijay Roach, bringing together both patient and doctor perspectives. What would you do if you were suffering from debilitating and life altering consequences of a medical implant that you were reassured was safe?
Hear the personal stories of two women living through the aftermath of their transvaginal mesh implants. Consider what you would do as a doctor if they were your patients. 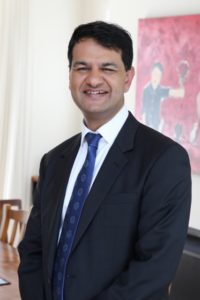 Dr Vijay Roach is an obstetrician and gynaecologist working in both private and public practice in Sydney, Australia. He is the President of the Royal Australian and New Zealand College of Obstetricians and Gynaecologists (RANZCOG), a lecturer at the University of Sydney and former Chairman of the Gidget Foundation, a not-for-profit organisation whose mission is to promote the importance of emotional wellbeing in pregnancy. He is married with five children. Vijay Roach believes that ‘We need to change the culture in medicine to promote understanding of our patient, not only biologically, but also psycho-socially. Being an O&G is a serious job. You never really walk away from it and, as such, it carries enormous responsibilities.’ 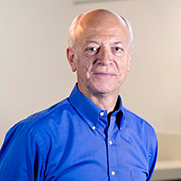 Prof Thierry Vancaillie is a gynaecologist and pain medicine specialist. He is clinical professor in Women’s Health at the university of New South Wales, as well as founder and director of the Women’s Health and Research Institute of Australia in Sydney. Ever since his internship at the Katholieke Universiteit in Leuven, Belgium, Prof Vancaillie has been interested in pelvic pain. He co-authored a textbook “Chronic Pelvic Pain”, published by Cambridge University Press in 2014. His most recent publication “Pain after vaginal prolapse repair surgery with mesh needs to be treated” was published by the Australian New Zealand Journal of Obstetrics and Gynaecology in December 2018.

Dr Ruchi Singh developed a keen interest in Women’s Health during her undergraduate training in medicine. Throughout her medical training, Dr Singh noticed the preponderance of pelvic floor disorders in our population, hence she pursued this area of specialization and is now caring for women with pelvic floor dysfunction, prolapse and urinary incontinence, as well as general gynaecological disorders. She is currently working as a consultant in the pelvic floor unit at the Royal Women’s Hospital and Box Hill Hospital. At these teaching hospitals she is actively involved in the training of young doctors and academic research. She is currently on the executive committee for the Urogynaecological Society of Australasia.

Ms Pamela Robertson is a patient who had a transvaginal mesh implant for eight years. In 2018 she travelled across the world to undergo surgery to have it removed. She has been a resilient advocate for transvaginal mesh patients, advocating for women through many social media platforms. Most recently she shared her personal story at the National Mesh Implant Forum in front of the Department of Health deputy secretary Professor John Skerritt.