You don’t have to look too far into the past to find scandals regarding sexual abuse of patients by physicians. June 11th 2018: a rural GP in Wangaratta, Dr Steward Geoffrey Moroney, was charged with secretly filming and not using gloves during examinations of at least nineteen women. He passed away on the 12th of February 2019, without the patients finding justice. Dr Andrew Churchyard sexually abused 52 men from 2007 onwards, and was finally suspended by AHPRA in February 2016. So why is it that sexual assault is so frequently committed by those who swore to do no harm?

In this session you will hear from a panel of two very distinguished speakers who are both passionate advocates for creating a medical culture free of sexual abuse. Our first speaker is Professor Ron Paterson, a Professor of Law from the University of Auckland and Distinguished Visiting Fellow at the University of Melbourne. He is an international expert on patients’ rights, complaints, healthcare quality and the regulation of health professionals. Associate Professor Leah Ruppanner, from the University of Melbourne Sociology faculty, focuses on the impact of macro-structural gender equality and public policy, and has been published in top tier sociology journals including Social Forces and Social Science research. 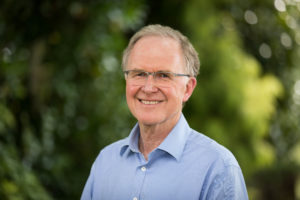 Professor Ron Paterson is a Professor of Law at the University of Auckland and Distinguished Visiting Fellow at the University of Melbourne. He was New Zealand Health and Disability Commissioner from 2000 to 2010, and New Zealand Parliamentary Ombudsman from 2013 to 2016. Professor Paterson graduated with law degrees from Auckland and Oxford universities, and is an international expert on patients’ rights, complaints, healthcare quality and the regulation of health professions. Professor Paterson undertook an independent review commissioned by the Medical Board of Australia and the Australian Health Practitioner Regulation Agency regarding the use of chaperones to protect patients in Australia. As of 2017, the Medical Board of Australia has implemented all of Professor Paterson’s recommendations. Professor Paterson was awarded an ONZM for services to health in 2011, and was made an Honorary Fellow of the Royal Australasian College of Physicians in 2014.

Associate Professor Leah Ruppanner is a member of the University of Melbourne Sociology faculty. She is a 2015 ARC Discovery Early Career Research Award Recipient. She has received grants including the Dyason Fellowship and serves on the board of Advisory Editors for Social Science Research. Associate Professor Ruppanner is also a Research Fellow at the ARC Centre for Excellence for Children and Families over the Life Course. Her research has a focus on the impact of macro-structural gender equality and public policy, and has been published in top tier sociology journals including Social Forces and Social Science research. Currently, her research focusses on the impact of differential health and well being outcomes for families worldwide. Her work has also appeared in publications like Slate, the Guardian and the Age.