Did you ever dream of a career as a famous radio or TV presenter? Wanted to become a blogger or be insta famous, but instead decided on a career in medicine? Learn from Dr Sally Cockburn and Dr Vyom Sharma about their work on social media and radio, and how they use the power of the pixel to inform, educate and share about themselves, their work and health. 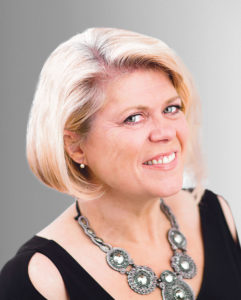 Dr Sally Cockburn is a practising GP and Media Health commentator. Her passion is achieving better patient outcomes through improving health literacy and advocacy for systemic change. She has long been a champion of patient centred care particularly for sensitive issues. She is best known through her 30 year media career, as current host of radio program “Talking Health” on 3AW and before this, “Pillowtalk” on Fox FM. However, Sally has also been active behind the scenes, sitting on many boards and committees and in medical education, most recently, the Victorian Voluntary assisted Dying Review board. Sally strongly upholds the notion of patient autonomy but recognises the need to protect the vulnerable. This fuelled her drive to recently complete a Masters of Health and Medical Law in her 50s! Sally is an inductee in the Victorian Women’s Honour Roll and a recipient of the distinguished alumni service award from Monash University. She is also a survivor of a near fatal massive pulmonary embolism last year and is now a vocal ambassador for prevention and early recognition of thromboembolic disease. 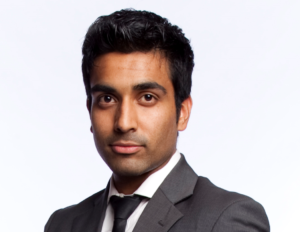 Dr Vyom Sharma is a Melbourne-based GP and co-host of the Radiotherapy program on Triple R FM. He contributes opinion articles on medicine and healthcare to publications including the Guardian Australia, Sydney Morning Herald and Australia Doctor Magazine. His second role as a magician, mentalist and illusionist has taken him to many places, the likes of the Sydney Opera House, Melbourne International Comedy Festival and the finals of Australia’s Got Talent.