Plato once wrote: “Music is a moral law. It gives soul to the universe, wings to the mind, flight to the imagination, and charm and gaiety to life and to everything.” Music has great utility: it can cheer us up, it can help us deal with stress, discomfort, and pain. Music Therapy is an evidenced-based clinical practice implemented to improve patients lives. It is used not only to bring happiness to long term patients in hospital, but in many clinical interventions such as aiding speech recovery after a stroke. The Music Therapy program at the Royal Melbourne Hospital is centered around original song writing, live music and guided relaxation. Come and explore how this unique branch of Allied Health is used in day-to-day clinical practice. You do not need to be musical to benefit from Music Therapy. 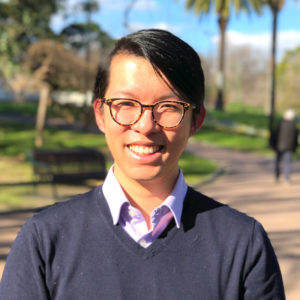 Dr Benjamin Sutu is a graduate from the University of Melbourne who is currently a registrar at the Royal Melbourne Hospital and NorthWestern Mental Health, with an interest in Rheumatology. Dr Sutu was also a part of setting up the volunteers Music Therapy programme with Ms Julia Gorton, which successfully involved volunteers from medicine, Allied Health and Arts/Music. Benjamin and Julia were recipients of the Minister for Health’s Young Volunteer Award for their services to Music Therapy. 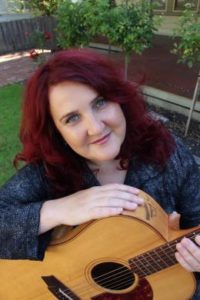 Dr Emma O’Brien OAM was appointed to the board in 2013. She has extensive experience in Creative Health projects as a music therapist, health manager, composer, researcher and an internationally renowned innovator in the role of music in wellbeing; specialising in acute health care. She has pioneered methods in guided facilitated songwriting across music genres and her work was the subject of the multi award winning SBS/f-reel documentary, ‘Opera Therapy’ (2005). Emma was awarded the Victorian Public Health Care Award in 2011 for her pioneering methods of songwriting in enabling person and family centered care in music therapy by giving patients a voice. The Age Melbourne Magazine as one of Melbourne’s Top 100 provocative, passionate and powerful people of 2012. She was awarded her PhD at The University of Melbourne in December 2014 on the effect of her specialised method of guided songwriting on cancer patients’ quality of life, mood states, distress levels and satisfaction with hospital stay. She has published widely on her research and programs and has presented at national and international conferences. Emma was awarded an Order of Australia Medal in 2017 for her contribution to the health wellbeing of the community through music therapy. She is the founder and Head of Music Therapy at the Royal Melbourne Hospital.