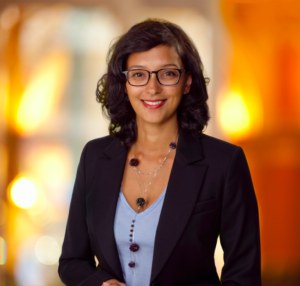 “How best to ‘pull the strings’: what needs to change in healthcare, and what can we do about it?”

Dr Neela Janakiramanan is a fully qualified Plastic and Reconstructive Surgeon with additional expertise in hand and wrist surgery, as well as a writer/columnist and renowned advocate on various issues that matter to us as future medical practitioners.

Neela was schooled in Melbourne and completed her medical degree at Monash University in 2003. She immediately commenced surgical training and was awarded Fellowship of the Royal Australasian College of Surgeons in Plastic and Reconstructive Surgery in 2014. Subsequently she underwent extensive overseas training and now is only one of very few plastic surgeons in Victoria with extra training and qualifications to deal with a full range of conditions pertaining to the hand and wrist. Whilst undergoing her surgical training, Dr Janakiramanan also completed her Masters in Public Health which inspired her passion in health programme development and implementation in poorer settings.

When she isn’t operating, Neela is involved in several research projects both locally and internationally, and enjoys spending time with her husband and three young sons. She writes regularly for The Women’s Agenda, an online website that encourages female leadership and empowerment amongst professional women. She has been running a series on social media profiling women and non-binary medical professionals titled #InspiringDoctors. She is a fierce advocate for both patients and the health profession, and wants to see the system become better for everyone.

Dr Janakiramanan recently celebrated the success of her grassroots campaign with Dr Sara Townend to get critically ill children and families off Nauru (https://doctorsmakechange.org/). As part of a broader campaign, Neela and Sara sent an open letter to the Prime Minister. The campaign collected signatures from more than 7000 doctors and more than twenty medical Colleges and Societies in support of the Kids off Nauru campaign. They were also instrumental in mobilising the medical community to support the passage of the ‘Medevac Bill’ by Parliament in February 2018, which gives doctors, and not politicians, the final say in the medical care of refugees and asylum seekers in offshore processing.