It is no longer surprising when the media reports that another woman has been killed at the hands of her current or former partner. What is not commonly discussed are the physical, mental and sexual health repercussions of intimate partner and family violence. Every doctor will encounter patients whose health has been affected by violence and abuse, and we need to know how to recognise and respond to these experiences. This session brings together three experts in the field to discuss the health implications of domestic violence and what our role should be as medical professionals.

Professor Angela Taft is Principal Research Fellow and former Director of the Judith Lumley Centre of mother, infant and family health research at La Trobe University. She is also an honorary Senior Research Fellow in the Department of General Practice at the University of Melbourne. Professor Taft is a recognised leader in research into intimate partner and family violence, and planned parenthood and reproductive rights. She is an investigator on two NHMRC Centres of Research Excellence studies (University of Melbourne – Safer Families, and Monash University – sexual and reproductive health). She is currently leading an NHMRC Partnerships in Health funded cluster randomised trial in general practice to enhance GP identification and support of South Asian victims and families experiencing family violence. She also has extensive experience in gender-based violence and women’s health in refugee and migrant populations, as well as in the Asia-Pacific, particularly Timor-Leste.

Dr Manjula O’Connor is a psychiatrist and applied researcher with a primary area of interest in family violence and mental health. She chairs the Royal Australian and New Zealand College of Psychiatrists Family Violence network and is an honorary research fellow in psychiatry at the University of Melbourne. Dr O’Connor cofounded the Australasian Centre for Human Rights and Health and is a strong advocate against family violence in immigrant communities. She was selected for the South Asian Community Ministerial Advisory Council in 2018. In this vein, Dr O’Connor led the dowry abuse campaign in Australia which led to the inclusion of laws against dowry abuse in the Victorian Family Violence Protection Act. Manjula is a White Ribbon Advocate whose work has often been cited in the Victorian Parliament and the Federal Australian Parliament. 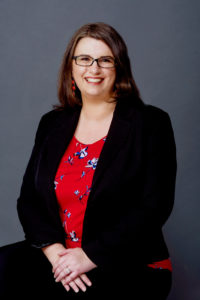 Dr Jodie Valpied works with the Department of General Practice, The University of Melbourne, in research related to intimate partner violence (IPV). She has a background in psychology and education, and is passionate about translating research into practice. Key projects Jodie has worked with include the WEAVE trial (a randomised controlled trial on general practitioner counselling for women experiencing IPV), the I-DECIDE project (a randomised controlled trial involving an interactive website for women experiencing IPV), and a study of whether and how medical schools include IPV education in their curriculum.