Dr Daryl Cheng lives and practices at the intersection of healthcare, technology and wellbeing. He currently works in clinical and informatics roles as a consultant paediatrician and health informatician at RCH, and also consults at Monash Children’s Hospital and Cabrini. Having trained in Melbourne and Canada, he has also completed a MPH from Johns Hopkins University. Daryl is currently a clinical research fellow at MCRI and clinical tutor at the University of Melbourne. Daryl is active in the health technology space, particularly in systems thinking and healthcare workflow. He currently serves as a member of the RACP Paediatric Child Health Division Council. His extracurricular interests spans a variety of community and non-profit ventures and initiatives. 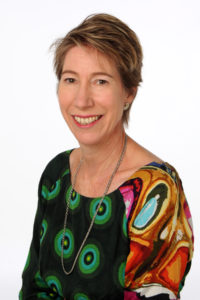 Dr Andrea Waling is an interdisciplinary early career researcher specialising in qualitative research methods, LGBTI issues, men and masculinity studies, bodies, raunch culture and sexualisation, and studies in gender and sexuality, and has a keen interest in research that supports marginalised communities. She is the current Book Reviews Editor for the new Journal of Bodies, Sexualities, and Masculinities and will be releasing her first sole-authored book in August on Australian identity and masculinity. Dr Waling has published over 16 journal articles, 4 book chapters, 5 reports, and is a CI on the newly awarded Australian Research Council Discovery Project “Improving Australia’s legal, policy and educational response to the technological transformation of sex and intimacy”. Dr Waling holds a PhD in sociology, and has worked across or lead a number LGBTI-focused research projects, including Rainbow Ageing which explores the health and well-being of older LGBTI people, Understanding LGBTI Lives in Crisis partnered with Lifeline Australia exploring LGBTI use of crisis support services during times of personal distress, and LGBTI Experiences in Higher Education in Australia with Associate Professor James Roffee, exploring LGBTI youth experiences of lateral violence. She has been awarded over $459,978 in research funding and has received two awards and been nominated for one based on her research. Her paper on LGBTI experiences of microaggressions and lateral violence co-authored with A/Prof James Roffee published in Safer Communities received the ‘Outstanding Paper in the 2017 Emerald Literati Network Awards for Excellence’ and she is recognised as a ‘Rising Scholar in the Field of Sexuality’ by The Society for Sexuality Studies. Dr Waling has published a number of articles pertaining to the health and well-being of LGBTI people alongside her work on men and masculinity, and was nominated for a GLOBE community award in 2017 alongside her colleague A/Prof James Roffee for their work on LGBTI youth and lateral violence in Higher Education.

Ruth McNair is an Honorary Associate Professor at the Department of General Practice, University of Melbourne and a general practitioner and founding director of an inner-Melbourne general practice. She has clinical and research interests in lesbian and bisexual women’s mental health, sexual health, same-sex parenting, and LGBT health care and homelessness. She is the Co-Chairperson of the Victorian Government LGBTI Health and Human Services Working group and a member of the LGBTI Taskforce (2015-2019). Ruth has expertise in medical education and has developed LGBTI online training modules. She is Chairperson of Pride Foundation Australia, a national philanthropic organisation for LGBTIQ people. She is a life member of the Victorian Gay and Lesbian Rights Lobby and Victorian AIDS Council, and was inducted into the Victorian Honour Roll of Women in 2017 for her academic, clinical and advocacy work. 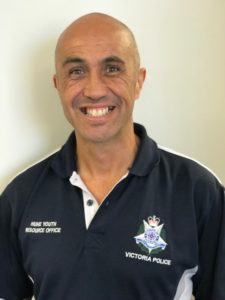 Leigh Johnson is a proactive Policing Officer with Victoria Police focusing on community and youth initiatives and issues. Leigh has had a rounded police career, having served with Victoria Police for over thirty years. He is passionate about Community and assisting young people to be the best that they can be. He uses his passions and interests outside of work to engage in a multitude of arenas, be it performing arts, sport, or health and fitness. Leigh is also studying youth work at university and is a councillor. 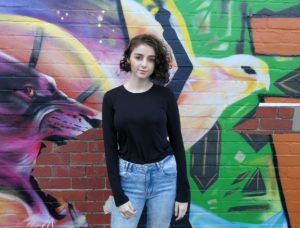 Maya is halfway through completing her Doctor of Medicine at Monash University. She comes from Mullumbimby, a small rural town in NSW, which has the lowest rates of vaccination in Australia. Through her exposures growing up, her own personal experience as an unvaccinated child, and her understandings gained through tertiary education, Maya has become passionate about pro-vaccination advocacy. She believes communication is the best way to address the growing anti-vax problem, and to support patients to make the best decisions for their health in general. She joins you today to discuss some ideas about how this can be done effectively.

Joanna Williams is a public health advocate who is passionate about starting the conversations that society shies away from. Her career in public health started by accident, when she co-founded Highschoolers Against Homophobia at 16 so that she could go the Sydney Gay and Lesbian Mardi Gras Parade. Thirteen years on, Joanna hasn’t stopped talking because speaking up changes lives. She is currently the Strategy Director for Bits and Bods, a web series that talks to teen girls and gender diverse teens about sex, bodies and all the awkward bits in between, whilst doing her PHD on social media health. 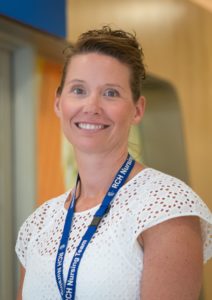 Sonja Elia has worked at the Royal Children’s Hospital (RCH) Melbourne for 21 years, in a variety of nursing roles. She has over 15 years of experience in immunisation and was recently endorsed as the first Victorian Nurse Practitioner in the field of immunisation. Sonja has previously held positions as the Nurse Manager of SAEFVIC, Academic Consultant for the La Trobe University Nurse Immuniser program as well as Vice-President of the Immunisation Nurses Special Interest Group. She is currently the Nurse Practitioner and Manager of the Immunisation service at the RCH.

Sally Goldner AM has been involved in Victoria’s queer communities for over twenty years. This includes Transgender Victoria, co-facilitator of Transfamily, presenter of 3 CR’s “Out of the Pan” and Treasurer of Bisexual Alliance Victoria. She is the focus of an autobiographical documentary “Sally’s Story” and a life member of 4 queer organisations. She was awarded an Order of Australia in 2019, inducted into the Victorian Women’s Honour Roll in 2016, awarded LGBTI Victorian of the Year in 2015 and was noted in The Age’s Top 100 most creative and influential people in Melbourne in 2011. She is an educator, speaker, MC and occasional performer (all in contrast to her original accountancy training) …with more to come!